Leigha is the Co-Director of Club Ignit Select. She has been a coach at Club Ignit Select since 2019. Leigha has coached High School and Club Volleyball in the state of Iowa for well over a decade. Leigha played volleyball and soccer for Marion High School, and helped Marion earn their first State Championship in 2008. Throughout her coaching career Leigha has guided many of her teams to USA Volleyball Junior Girls National Championships. Leigha has also been part of six consecutive trips to the Iowa High School State Volleyball Tournament as a member of the Dowling Catholic Volleyball Staff. She lives in Des Moines with her husband, Ben and their son, Meyer.

Elizabeth Plum is the Co- Director at Club Ignit Select. She joined the Ignit team in 2021 following a move to the Des Moines metro area. Elizabeth graduated from Columbus High School where she played Varsity Volleyball, basketball, track, softball, and tennis. She went on to attend Wartburg College and the University of Upper Iowa. Elizabeth has coached 16 club seasons, qualifying 16 consecutive teams to the Girls Junior National Championships. Career highlights for Elizabeth include a top 10 finish in the 14u Open division, a 2nd place finish in the 14u National division, and a 2nd Place finish in the 14u USA division.

Michael Maiers is the co-director at Club Ignit Select. He is joining the team in 2022.  Michael graduated from Dyersville Beckman High School where he participated in basketball and track. While there, he qualified for state track numerous times and was a member of the 2007 qualifying state basketball team. He went on to attend the University Northern Iowa where he was a member of the UNI Men’s Club Volleyball team. While in Cedar Falls Michael assisted with the UNI Women’s Volleyball team as a practice player and camp coach. Michael has been coaching volleyball at the club and high school level for over 10 years and has 7 consecutive trips to USAV Nationals placing 5th and 3rd in the National division. 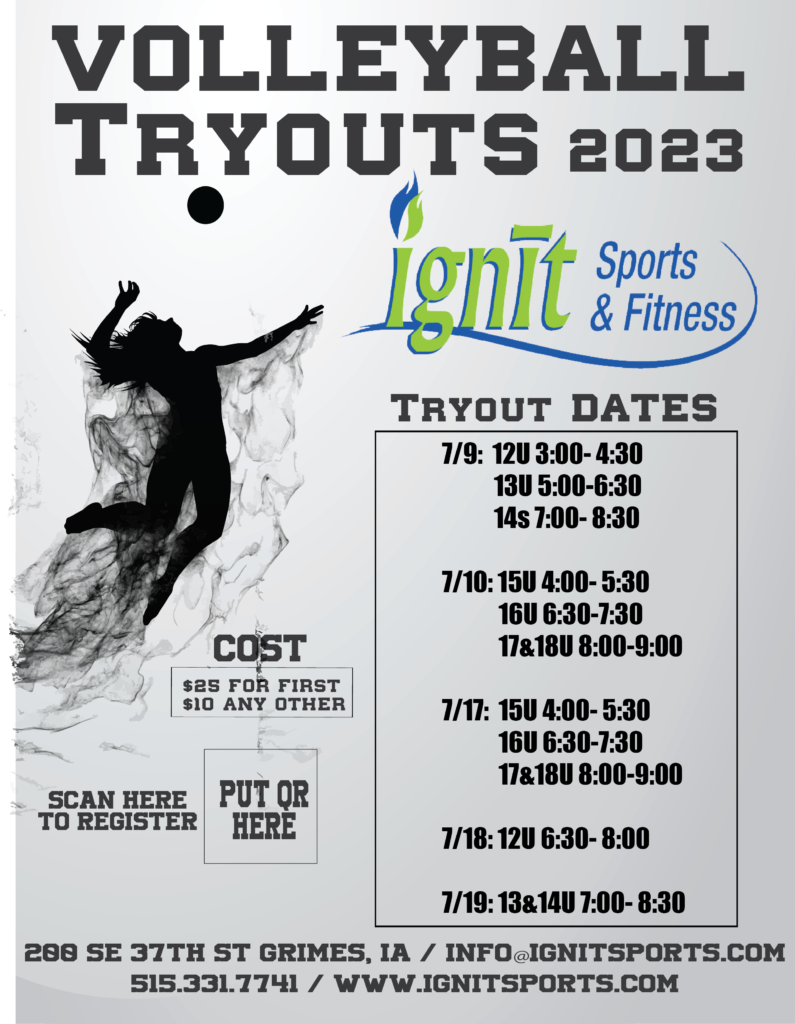